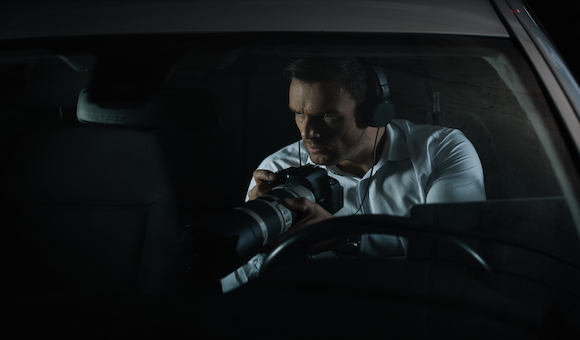 Well howdy-ho everyone. Shouldn’t howdy have a question mark after it? It’s short for how are you doing, but the question mark might confuse everyone. Is tonight Howdy from Houston night? Nope, it’s Nashville Mafia Live night, tomorrow is the Houston show. Followed by Mr. Enasdad, I might mention.

Nashville Mafia. 282 subscribers! Now that needs a question mark. If I can’t watch it live I get upset that I have to watch it the next day.

The other day I joked around that my site was being attacked and I worried that it might be Hiking Pipes or Boca To Boynton behind it. I wasn’t joking about the hacks, that part was real, the other two guys, that’s what I was joking about. It got me thinking later that maybe I was on to something. Maybe Hiking Pipes Craig might actually be savvy enough to hack the site. For what reason I don’t know, maybe to link to his own channel on the most valuable real estate in the pipe smoking world. The banner spot on Briar Report.

Just to be sure I hired a private detective to check things out. Well it turns out that Craig was not involved in any kind of hacking. At least none that we could find. His computer history does show a lot of time spent watching puppy videos on tick tock. I’m not going to say anything more since I’m not one to judge in that department.

As far as Charlie goes, there was never any doubt he was not involved. Not that he couldn’t handle the technical side of things. It’s just that we all know he spent the entire weekend swabbing the deck of the Royal Yacht. Scraping barnacles, polishing brass. The typical things Deck Apes do. He didn’t have time to hack anything.

Yesterday I listed some people from the YouTube Pipe Community that will be attending the Las Vegas International Pipe Show. I had mentioned to someone that all of those whom I talked to, they all had one thing in common. They were all excited about the show. I can’t put my finger on the buzz but it’s there.

Maybe because of the “lockdowns” and people are excited. Possibly because the Show having a new direction has people’s expectations up. Maybe something I’m not thinking about. Whatever it is, the excitement is there. If you are even thinking about going, I encourage you to go to their website and poke around. Check out the Exhibitor’s List, it’s amazing.

Smokingpipes has six tables! GetPiped has a booth, what’s up with that? I’m so curious to see what Adam has in store, it’s killing me. Marty Pulvers, Jason Mouton!! Oh my gosh, I’m really starting to get chest pains that I’m not going. I’m so excited for the people who are.

We are half way through the Tobacco Pipes Japan Summer Sale. He’s very careful with those sales. They don’t pop up every two days like some other websites. You are only going to see a couple a year, so don’t hesitate.

The one thing about those artisan pipes is there’s only one. It’s not like you see a cool line of pipes and you think to yourself, I wonder what shape I’ll get that in. Maybe I’ll take a smooth finish. I’ll get one next month. With these handmade pipes, there is only one pipe. If you see something you like, if you don’t get it, someone else will. And you can’t get another next week, not like the one you saw. Maybe something similar, but not the same.

You never know what you will see on a site like that, and it’s always good to check in once in awhile to see what’s available. That once in a lifetime pipe might sit there for two weeks and you miss it. This isn’t hype, just fact.

Did all the rain last week force people to stay at home and write letters? I got more mail in the last week than I’ve had in any week for the past year. I love it. So many wonderful letters, it really made my week. It got me thinking that I’d rather read one nice letter from someone, than have a hundred people comment on some social media post. It means way more to me. I’m so glad I dumped that stupid Twitter, and don’t even go on the others anymore.

I think I replied to everyone personally, if not, I’m making my way through. Trying my best not to be too long winded, but it makes it easier when I have a lot to respond to. There are some really funny and witty guys out there. You know, you can always write Blob posts if you wanted to. Even articles on the magazine site. That was just a side thought.

In the meantime, check out that Vegas Pipe Show site and I’ll see you tomorrow.