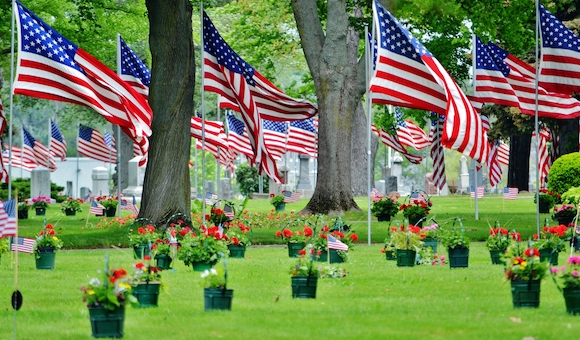 Had to stick the year in the title so it won’t be the same if future years, or if anyone is looking back on this. The newsletter will be going out later this afternoon, assuming I get it done. Normally it’s done by now, but for some reason I’m a day behind and this holiday is going to make it even worse. But I will do everything I can to stay on track.

So far, besides mentions of the Chicago Pipe Show, we will have info on the June Pipe Puzzle, that will coincide with both the Picking & Piping Give Away and Pipe Week. You are going to love this “puzzle” which is more of a game. I’ve been playing it all week. Pretty fun.

I’m not the type to sit at the grill on a holiday, although I wish I were. Stopping by the local cemetery on the way home to see all the flags will be nice. When I’m retired I think I’ll want to help clean up the stones of the military people, especially the ones who have nobody to do it for them anymore. Then put out the flags and decorations. There is a small group of older people who do this now. I have a terrible feeling the way people are now, that this tradition will go away. Sitting around poking on the phone and virtue signaling is more their speed. Too bad.

For those outside the States, or didn’t know, Memorial Day was originally call Decoration Day and was when you would decorate the graves of Civil War Soldiers. I’d say for at least half the people it’s become just a three day weekend, a “bank holiday”.

Not sure which is more important, Memorial Day or the 4th of July. I suppose one is worthless without the other.

I’ve been looking for all kinds of information on the Chicago Pipe Show. Much more yesterday and today than there was on Saturday. If you go to the #chicagopipeshow2022 tag on Instagram there is quite a bit. I was so happy to see Mr. Larry Blackett at the show with a huge smile on his face. Hope this link works, he’s such a great guy. I hope he did well at the show.

While I was poking around I saw that Mr. Nish, The Avid Piper, got the very first Jack The Piper pipe that went up for sale. How cool is that? If you’re interested, there is a Jack The Piper Store website. I’ll have to get it linked on the Briar Report webpage later today, when I get a minute.

I’ll reiterate something I said this past week for the once-a-weekers. People are tip-toeing around on YouTube because the all knowing computer is flagging people who mention tobacco sales or direct people to tobacco websites. “Nicotine products” I think is what they say. That sort of thing. You can get all wonky and try to parse sentences or become an armchair attorney, but for the most part people don’t want to get in trouble on YouTube so they are careful what they say. (note: except Briar Blues Mike, he says whatever he wants)

I don’t need to be careful, since I own this website. If you want to promote something or think a link to a tobacconist or pipe maker is something people would like, let me know. I’ll promote it all you want.