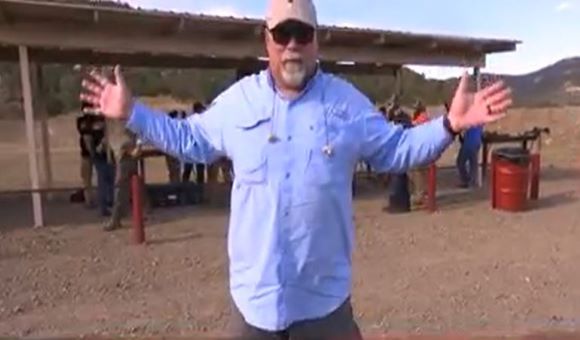 In yesterday’s newsletter I had mentioned that the time has come to take our future in our own hands. We shouldn’t just take it for granted that the government is going to do what they are going to do and we are stuck with it. Not saying we should revolt, but I am saying we need to stick to our guns.

That was an intentional pun by the way, since today on the News website I linked to an op-ed in Guns Magazine. Written by Mr. Brent Wheat. I saw a post he did on a message board site that warmed my heart. Not that I want to see anyone pick up smoking, but for some reason I can really relate to this gentleman.

In that post he wrote “It Begins Thus, after months of internal debate, I set my jaw and marched down to the local smokers emporium — selling “Cigarettes at State Minimum Prices!” — and bought myself an inexpensive Dr. Grabow. From the first bowl I was hooked.”

It’s a story we hear often. The Brainwash Mill some call public schools have polluted an entire generation of people. Actually a couple generations. You are supposed to abhor anything to do with smoking, guns, G-d, heck anything that might be considered “American”. Given the choice between Apple Pie and an Impossible burger, there is only one choice someone who “cares” is supposed to make.

The Heart of A Man

But there is something inside of most men, at least there still is for now. Something that tells them, you know what?, I’m just going to do what I want. The kooks have overplayed their hand in my opinion. They love it when there’s no gas at the gas station. No food on the shelves. In their minds the government is going to step in and take care of things. In other words, they won’t have to. Their dream is to just sit there and play on their phones and the government will take care of them.

It’s the mantra of the new generation. They all have some reason why they are not responsible for anything. Don’t like working because [fill in the blank], therefore just send me a check.

Well at the end of the day it’s men that will get the jobs done. From getting the crude out of the ground to getting the gas in your tank, and everything in-between. When you plug a cord into the wall and charge your phone or cook your dinner or even charge your electric car, there is some guy taking logs on a Turbine Generator making sure it’s running fine.

If that guy wants to sit back and relax with a pipe at the end of the day, instead of making him feel guilty, why not just be thankful that he put in a hard day at work. Are those days behind us?

If Mr. Wheat or I had anything to say about it, the answer is no. What is your answer?

I Need To Relax

See he got me all wound up reading his article. One you should read as well. The other story I linked to on the News website is the ban on tobacco on Miami beaches goes into effect this coming week. Jerks throwing their butts in the sand is the reason they give, and it’s probably true. But the ban would have come along eventually. Just like it will come around to everywhere. Don’t want to offend the delicate olfactory senses of the dainty masses. Plus it’s for your own good, don’t you know.

The best line of the article was a bullseye as far as I’m concerned (another intended pun). He summed up my feelings in one sentence.

If only more people understood the appeal. Pipes might not be physically healthy, but as a balm for the psyche, they are superior to many other modern things you can do.

I’ve been smoking a pipe for over 30 years. Mr. Wheat for not so long, but it seems we are on the same page.