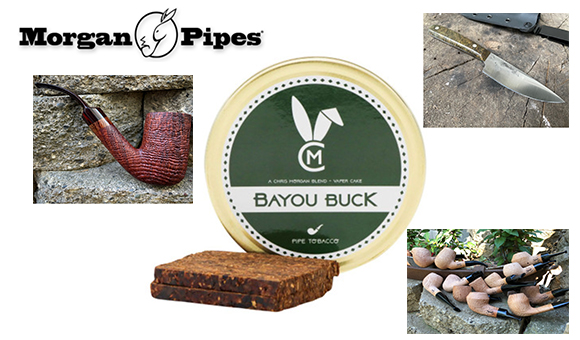 When I complain that I don’t have enough time to get things done, what I’m really saying is I haven’t managed my time correctly. There is plenty of time to do things, you just have to be disciplined enough to manage it.

It’s Friday and I’ve been Blobbing all week. Really in a groove since I picked up last month. It’s odd since I’ve never been busier, I actually have less time to work on this. All the changes I had planned on at the beginning of the year, never came to be. But now, I’ve been forced to implement all my productivity changes because there just wasn’t enough time to get it all done. The result has been stupendous. It’s amazing what one can accomplish with a good plan and actually following through. Thinking is great, but doing is even better.

There was a couple of other things I took to heart which enabled me to just get it done. One was to minimize regret. I didn’t get everything done that I planned, or had to skip Blobs, I used to worry about it. That’s in the past so there’s nothing I can do. The key is not to be like all the bums that just have another excuse why they don’t want to work. Not worrying about past lapses, but striving to keep moving forward is essential.

The second thing was to remember that other people are mostly interested in themselves. That’s cool, I’m not trying to say anything negative, just stating facts. Nobody really cares about what I write. It might be a little amusing, or they might pick up some information, but they really don’t care. I noticed the fact by observing the opposite. I can’t believe what the internet has become. “Social Media” is the worst of the worst. People actually believe that the number of followers defines them. They think people care what they had for lunch or what they think about some stupid issue. My reaction is to say “get over yourself”. I know you think you are a big deal, maybe an “influencer”, but you’re not. What a crazy, mixed up bunch we’ve become.

I’m Not All That

First on the list is me. What I don’t want to do is fall into that trap. Sure, I make content and promote others. But I’m just trying to create a place on the web where Pipe Smoking isn’t a bad thing. There can be no denying that I’ve actually strived to be the opposite of famous. The main news website doesn’t have any content from me, nor do I interject myself in it in any way. I’ve always wanted to be anonymous.

But to promote it, I had to do something which kills that anonymity. Although I’ve lately left any Social Media and quit interacting very much. The only exception is this Blob because there isn’t a daily source of Pipe Smoking content, and I’m trying to fill that. Otherwise, I’d be gone.

Not going to worry about what other people think about me because I know they aren’t even thinking about me. They could care less. They think everyone is thinking about them.

Not trying to depress anyone or make them mad, I’m just stating facts. After I thought about it, it only helped me get things done. When you realize people are interested in what you do, and not you, it helps you to focus. When you make videos that are useful or entertaining to people, they will watch it and hopefully come back. If you just make it about yourself, you will have a few of your friends stick around, but you won’t build an audience.

Producing a website just for myself it would look totally different. 99.9% of the people would hate it. But I’m not making it for me, I’m making it for you and all the people looking to read about pipes and pipe tobacco. It’s not about me.

Maybe what I’ll do in the future is pass along some tips about productivity, planning and those sorts of things. [editor’s note: stand by, I’m going on my long Pomodoro break, be right back]

Yesterday I was talking about, among other things, the Beyond The Pipe podcast with Chris Morgan and Sean Reum. The context was because Mr. SlowMo Randy is giving away a Reum Pipe. But mentioning the podcast got me thinking about Mr. Morgan.

If you’re like me, when you hear the name Chris Morgan the very first word that pops into your head is “Bones”. Of course, his catalog is so much bigger. Sure he has the cheaper, more affordable pipes, but also carries many hand made pipes with quality that covers the entire spectrum. There are some very nice pipes that would fit in on a high end collection.

Morgan Pipes has been around for quite some time and I’m sure you are familiar with his pipes. Did you know he also makes knives? Did you know he has his own line of pipe tobacco? If you head over to Tobaccopipes.com you will be able to check out the Morgan blends. Here is a roundup of those blends.

A generous offering of spicy, plummy Perique is perfectly balanced with the tang and dark fruit of matured Red Virginias. Green River Burley is toasted for a unique Black Cavendish, the light application of which gives this VaPer a creamy body and light notes of molasses and caramelized sweetness.

Bright Virginias are slowly toasted to a dark hue and pressed into a plug. The result is a natural sweetness of caramelized sugar and dark fruit coming together for a mellow yet rich mixture. Notes of bread and light citrus mingle with the forward sweetness throughout making for a consistent, deep, and flavorful smoking experience.

Smoky, woody Latakia is wonderfully complimented by the tang and fruit of Red Virginias in this English cake. The natural companions are perfectly supported by the floral, earthy Orientals and nutty Burley. White Rabbit is perfect for the English lover who doesn’t want to compromise between their appreciation for vivid Latakia and dynamic flavor.

Yesterday I mentioned that Flat Cap Piper is going to pick his Pipes From Around the World Series back up. The first video is already scheduled to be released this morning at 9:00 Eastern. That was fast, I thought it was going out next week.

Lots of new stories linked on the News Site. One story that I wish I could find out more about was a guy who tried to smuggle a couple of pounds of pipe tobacco into prison. We’re not talking about something you can stuff in your shoe or other unspeakable places. What the heck was this guy’s plan? I wonder how he actually went about it and how he got caught. The story doesn’t get into too much detail. What a shame.

Maybe if I put $10 on his commissary account he will give me all the details. Now that he’s in the clink how will he ever be able to catch the releases from his favorite pipe tobacco retailer? So many questions.