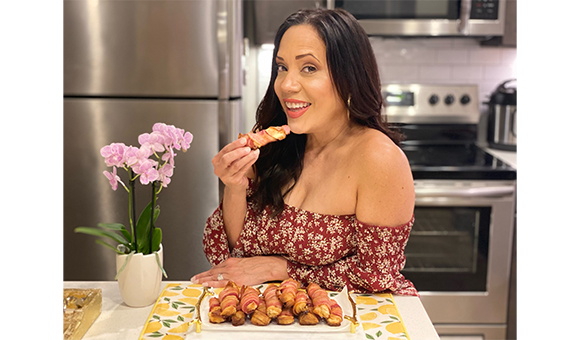 If you’re catching this early Saturday morning, don’t forget that at noon Flat Cap Piper is hosting his weekly Sports Talk Live Show. Just before the show starts Lady Fire shares a favorite recipe to serve during the game. Here is a link to the show. This week will also include bacon I can tell from the photo above. Also because Flat Cap told me.

Picking & Piping had his own cooking show this past week where he made what some of you call Buffalo Wings. He said in Buffalo they just call them Chicken Wings and while he’s right, most people just say wings. While Flat Cap might be the luckiest guy going, always testing out the great treats, it was Matthew’s family that got to scarf down those wings!

Sutliff is going to be releasing some of the Chataran blends in the U.S. Right now I had some questions for Sutliff before I said anything about it. It’s coming out on the 20th of Sept. so hopefully I’ll have something before then.

Since I mentioned yesterday that we should be helping promote the small carvers, I’ll include a link to the latest video from Professor Walker. He’s got a few pipes available and one of them you may find very interesting. Click the link and see if it’s something that’s up your alley.

Biggest Question in the YTPC

I close answering the biggest question in the last six months. When will Desert Pine Piper put out another video? Well, there have been too many false alerts that nobody can be sure. But, if it’s any consequence, he did produce a short about his favorite subject.