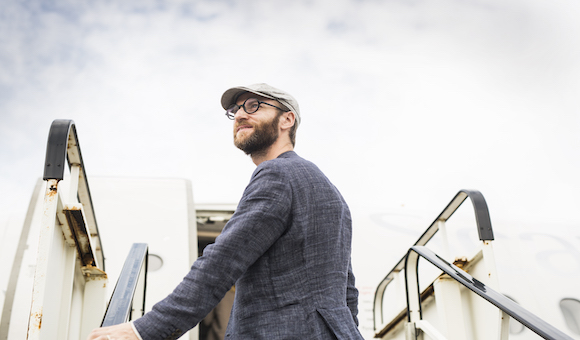 I was going to start off the Blob today with a self-deprecating joke, but I’m too stupid to come up with one that’s funny. So, we’ll just get right into the news of the day.

Flat Cap Piper is going to start the Pipes around the World Series again. First up on the block is Indonesia. The artisan there uses a different type of wood root (Black Wood) than briar, teak wood for the calabash tops, and nagasari wood to make smaller pipes. The second country will be Cyprus  from our friend Yani. Flat Cap finally bought a pipe from him and is anxious to share it with his viewers.

If that’s not enough, he also has plans to do videos throughout the World Cup just like the college Football. You can catch those live shows every Saturday morning. You might like to know that their success rate in picking the games has been quite impressive. If you’re a fan of Boris the Piper, you can usually find him there adding his analysis.

Between reaching 400 subscribers and the season for giving, Mr. SlowMo Randy is holding a give away. He is giving away a Reum pipe. For those not familiar with Sean Reum, you might think about spending a couple minutes and checking him out. He along with Chris Morgan host the Beyond The Pipe Podcast. That is a really good podcast if you’re into such things. I am.

After watching his video, it makes me want to get a Sean Reum pipe of my own. Certainly worth looking into.

So Randy is giving away one of Mr. Reum’s pipes and you really don’t have to do much to enter. Just tell him what would be the blend you would smoke in it first. Make sure if you enter, or link a VR you make, to put it in the actual give away video. Congratulation Randy and good luck to everyone who enters.

Pipes & Cigars has the newest version of Sutliff’s Crumble Kake available, this edition is a barrel aged.

Sutliff has been growing their Crumble Kake line for several years now. From Sutliff Crumble Kake English #1 to Crumble Kake Red Virginia, each blend has its own unique flair. We are excited to introduce the newest to the portfolio, Sutliff Crumble Kake Barrel Aged No. 4. This blend starts with a hot-pressed Burley tobacco that uses fire to cure it. Next, it takes a variety of zesty Virginias where the blend is placed in a decanted bourbon barrel to allow the spirits to infuse itself in the leaf. Finally, it is pressed again to form a crumble cake and allowed to mature the tobaccos even more.

Sutliff has done a pretty good job with this blend. I have several tins aging in the vault right now. The blend is very appealing, but check out that price, $12.93 a tin! Not bad. I’m not going to link to it for you since they don’t advertise on this site, not that you have to pay to play here, but I doubt they would give me the time of day. Might fear that people finding out I shop there would hurt their brand.

Here is an image of the ad for that blend. If you’re interested, hop over, enter their drawing and do a little shopping.