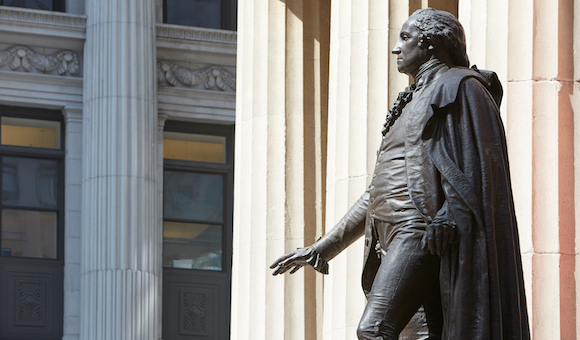 One of the all time greatest pipe channels on YouTube is Eric the Blue Collar Pipe Smoker. He runs all those words together which is a tip off that he’s a History, rather than an English teacher. There’s no doubt that he knows his history and he has a way of teaching it that is fantastic. It’s why I always look forward to his annual 4th of July show. They really are some of the best videos made, in the YTPC or not.

Two years ago, his topic was about the Battle of Saratoga. What a great video that has less than a thousand views. What a shame. It should have a million, and I’m not kidding. I really enjoyed last year’s since I lived in Saratoga for awhile. It’s where I picked up my love for the Sport of Kings. I also spent some time learning about that battle. Even with that knowledge, I still learned a lot from Eric’s video and he told the story like I’ve never heard it before. Makes you want to learn more. Exactly what you want a teacher to be like.

Last year was probably his most fun video. It was about Henry Knox and the Noble Train of Artillery. That was such a joy. That one is worth watching again. I know the Golden Age of Pipe Smoking series gets so many more views, and it’s sort of understandable. They are just as good. Plus, there really isn’t any pressure on the market. In other words, not too many people are talking about Pipe Smoking in WWI. But lots of people make history videos about the Revolutionary War. Personally I like both. Don’t you wish Eric made more videos?

Coming Up This Year

Yesterday I just found out his plans for this year’s show, and I think it may even top last year’s. It will be one of my all time favorite subjects, General Geo. Washington. Notice I didn’t say President Washington. Not because it’s a Revolutionary War story, it’s what I always call him. He was a great General and a great President, but I prefer to remember him as the former.

I curse the person who chose that engraving of him for the one dollar bill. Who in their right mind would choose that grandma looking image of him? It’s a national tragedy as far as I’m concerned. I would have chosen one in his General’s uniform atop Blueskin. At the peak of his game. What a shame.

Anyway, this year Eric is going to talk about some of the mutinies that occurred in the Continental Army. I know of one, and am anxious to hear about more. He’s also going to tell the story about how he (General Washington, not Eric) saved the Army from disaster with a pair of reading glasses. I can’t wait! He’s got me on the edge of my seat already.

I’ll be sure to remind you and pass on any info I get. Might want to brush up on my G. Washington history so I’m primed and ready to go.