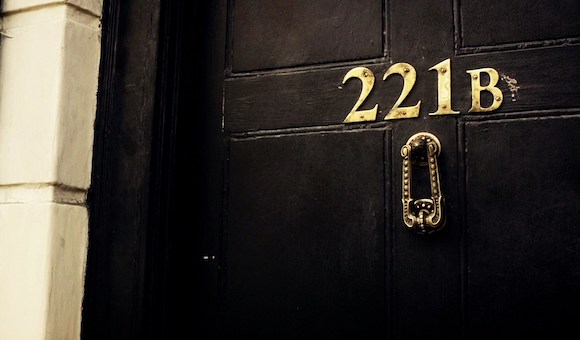 The week is flying by. Possibly because we are coming off a holiday (or going into one if you are orthodox). It could be because we were at the beach all week (if you’re living vicariously through Robert). Either way it’s Friday already.

Last night Robert had a very nice after hours get together at the beach. Nice to meet the Father-in-Law. It turned out to be a relaxing evening despite other Phil talking about his rooster. And that is not a euphemism.

One alert reader pointed out that I had a back to back Martin and Lewis reference. I didn’t even realize that. On Tuesday I talked about Dean Martin and yesterday made a Jerry Lewis joke. That was totally unplanned and coincidental. Despite many such things being planned, that wasn’t, what are the odds of that? Maybe it was in the back of my head and didn’t even realize it.

I have not heard back from the winner of the Briar Report Anniversary give away. I’ve made several attempts to contact him but he must not want the pipe. Or maybe my emails go directly to junk. Either way, we’ll have to wait and see. By the way the winner, Patrick, is not from Battle Creek, MI. I just made that part up, it sounded funny so I just put it in there. Although I assume his real name is Patrick.

Which reminds me, don’t take what I write about in here seriously. Especially if it isn’t a Monday. Some of it might seem odd because half of it is inside jokes. You would need to be familiar with pipe smoking, or a knowledge of the pipe retailers on the internet. The YouTube Pipe Community (YTPC) or something similar to get much of what I write. Some of it is personal and would have to know me to get it. I’ve written some jokes aimed at only one person, which I’m sure everyone else would never catch. Some is so inside, I don’t even get it.

How Many Blends Do You Smoke?

Yesterday Mr. Conservative Arkansas Piper asked the question on Twitter “how many different blends of tobacco do you smoke in a single day”. I answered “3, give or take”. I would say less more often than more. Of course it’s all dependent on how many times I smoke a pipe during the day. I was assuming it was a day where I smoked several, which is most of the time. The breakdown is really one blend for almost all of them, but one or two will be something else.

Never really thought about it until yesterday, but the decision really isn’t just one of which blend do I want right now. Often I want to smoke a certain pipe and some have dedicated blends, or family of blends. In which case the choices of tobaccos have already been decided. It might cause me to smoke something I was not smoking that day, or restrict me from changing.

Also the time of year, day, where I’m at, all play a part. The perfect example was just last night while I was watching enasdad and thinking about this very topic. I was smoking Arcadia Mixture. McClelland’s version of Dr. Watson’s favorite pipe tobacco. It’s from the 221B series. Very, very good blend.

The insert in the tin says ” It was a legendary blend said to be the inspiration of a nobleman. Clubs were formed by men devoted to it. Arcadia was said to be of such interesting and absorbing character that it could make the shiest of men a passing conversationalist and could quiet the most offensively talkative“

I think that’s an accurate blurb. Whether the credit goes to the originator of the original Arcadia blend, who is long gone along with his recipe, I’m sure. Or to McClelland’s, which is also long gone. The company, not the blender. I don’t have much left, and when it’s gone, that’s going to be it. As certain pipers like to say “it ain’t der no’ mor”. (see that was one of those inside jokes).

What does that have to do with the question about the number of different blends? Well most people won’t say it out loud because McCelland’s has developed a somewhat sacred status among pipe smokers so nothing should pass one’s lips except reverent whispers, But, I’ll say it. McCelland’s has a “room bite” that can put a real stink on things. Not really a terrible stinky stink, but an odor that seeps into your clothes that isn’t going to come out by standing in a slight breeze before you come inside.

Personally I like the aroma, but I have to be honest enough to know it can really fill a room. I don’t think it’s just this blend, as a lot of the McCelland’s blends did that. Not so much the Orientals which were my personal favorites. Man I miss those. This Arcadia is a very dark blend and therefore is probably a little worse than the others. I waited until my last smoke of the evening to sneak a few pinches from the tin.

I knew that once I was done, it was time to shed the work clothes and step into the shower. Planned perfectly.

That insert I quoted earlier has on the reverse a little card you can mail in. It says “Please let me know when the next 221B Series tobacco is available from McClelland“. You don’t know how bad I want to fill that out and send it in. It would be great, but it would then be gone and I’d rather save it for nostalgia. Maybe when it’s empty, save the tin and get a whiff of it when I’m wanting to remember it. Should last the rest of my life if I keep the lid seal tight.

Plan on being around a bit this evening so I might catch some more live shows. Hope to see you there.