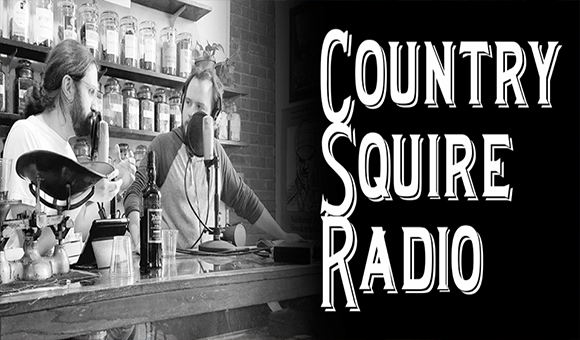 The Country Squire Radio Show has put out a press release that explains the end of the run for the their number one rated pipe podcast. It has been an amazing run and we have learned so much from Mr. Cole and Mr. York, and have been entertained along the way. We are sad to see them go, but are so happy for the joy they have brought to us over the years.

We wish them all the best and will continue to follow them both in other avenues of their lives.

JACKSON, MISSISSIPPI – January 18, 2023 – For the past ten years, Jon David Cole, owner and operator of The Country Squire Tobacconist, and Beau York, founder of the podcasting company PODASTERY, have been delighting pipe smokers worldwide with their weekly podcast Country Squire Radio.

Long time listeners have enjoyed uninterrupted weekly content from the podcast including the celebrated pipe tobacco focused series such as TOBACCO TALK, PIPE CULTURE, SQUIRE SELECT whiskey and pipe tobacco pairings, and PIPE SMOKING 101 as well as the newer series geared to bring the spirit of conversations had over a bowl of premium pipe tobacco amongst good friends such as HALF BOWL HISTORY, FROM THE LIBRARY, and FATHER TO FATHER. As they approach the 500th episode this year, Cole and York have decided the time has come to bring the show to its conclusion with a live recording at The Country Squire in Jackson, Mississippi.

“The amount of content for and by the Pipe Community is higher than ever before with newer pipe podcasts, instagramers, youtubers and more” Cole said. “We have enjoyed our tenure representing and at times shepherding a section of the community, but it’s time to increase the spotlight to this next generation of content creators.”

Cole and York have often taken cues from their listening audience who, over the years, have made several trips to the famed Country Squire Tobacconist shop in Jackson, MS. This practice has been dubbed a PIPE PILGRIMAGE by fans of the show who have visited the shop that inspired many hours of listening pleasure.

“We want to finish strong,” York said. “There is certainly no better way to do this than inviting all of our listeners, who are able to make the trip, to the Country Squire for the grand finale of the show in a Pipe Pilgrimage like no other!”

York explained, “we’ll have music, share stories, and record the final episode of Country Squire Radio together, all while enjoying a one of a kind Pipe Tobacco and BBQ pairing of epic proportions.”