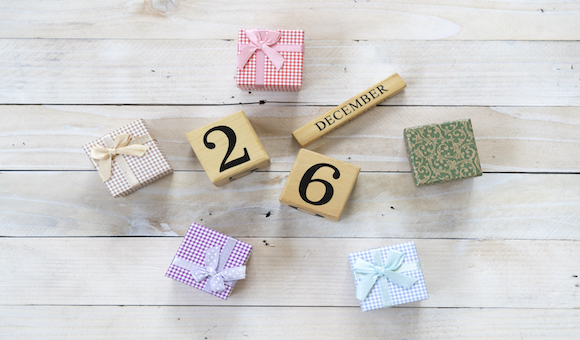 Have you tried the Special Christmas Puzzle that went up yesterday? If you are a puzzle person you’re going to appreciate it and you might want to tackle the puzzle soon, as it won’t be as fun in July if you come back. A lot of great puzzles this past year, and we are going to be stepping it up in 2023.

It was a very slow day for pipe smoking content yesterday, as it should have been. Hate to report that Santa did not get me a pipe this year. Good thing I got one for myself! Even though Santa is himself a pipe smoking guy, never trust him to bring you one. He’s OK for things like socks and small hand tools you can get at Target, but pipes, he’s not dependable. Best to take that matter into your own hands.

There were some pipe videos that went up on Christmas. James from Cigar & Bar doing another Pipe Corner who added his Jolly Old St. Nicholas review.

CatDadPiper did a Cosmo Christmas. Had a few technical issues in the first part of the show, but eventually got them figured out. He needs a mentor. Maybe Martin. Martin has figured out so many problems that he could probably set himself up as an expert Videocaster, and do a show tackling all kinds of common problems.

JerzPiper, who has really been cranking out the content, has a nice Christmas video up. He’s dived in head-first into the YTPC. Southern Piper had a very nice Christmas message, one that I stand behind 100%. Very well said. And Mr. Parsimonious Piper had a special Christmas edition of YouTube Piper’s Care. PeacePiper, The Gentleman Scholar, Kaptin Kirk32,( OJ’s number) Tramper Scott, Blake XIXIXIXXXX, (not even going to try anymore) put out videos. The Urban Hermit, Rustic Piper, Corvette Jim, 3 Rivers Piper YTPC, and The Pedalling Piper all had Christmas messages.

Wow, I guess there were a lot more than I thought. Some were just quick Christmas hellos, but they were nice to watch. I know I must have missed many more, but those are the ones I saw. I’ll go back through today and see any that I missed.

London Calling with Simon had a lot going on yesterday including a fantastic give away that he’s got going on. Be sure to check out his latest videos to see what he’s been up to with his channel and also the pipe making end of things. He invests so much in the pipe community, I’d love for him to become as successful as he deserves. If you’re interested in seeing a pipe being made, be sure to watch some of his live shows. It isn’t like making sausage, it’s actually interesting and fun.

Not positive what the live show schedule is going to look like this week. Normally people take a little break in the week between Christmas and New Year’s Day. While others who normally don’t make videos, come out and do something because they have the extra time. You never know, and nobody has told me one way or the other so I’m putting the normal schedule in the weekly newsletter which comes out today. I wouldn’t put too much stock in its accuracy.

Some of the shows will drop off the schedule at the end of the year. I had sunset all the listings at the end of the year so I wouldn’t accidentally carry over any shows that have been dormant. Some people let me know their schedules, and some did not. I made a handy little submission form so if you don’t want to have to talk to me, you can just fill it out. Takes two minutes and your show or event will be somewhat promptly added to the Events Calendar. Eventually making its way into the newsletter. How easy is that?

Speaking of newsletter, I better go finish this week’s. My day on Saturday was so out of the ordinary that it prevented me from working on it, and now the newsletter is not ready to go. Saturday took a lot out of me, both physically and mentally. I planned on going into the new year a hundred miles an hour. Now I just want to nap. Click on the newsletter when it shows up, so staying up is worth it.

Now someone needs to tell Robert at enasdad that the 12 Days of Christmas actually began yesterday.

Happy Boxing Day, which by the way, has nothing to do with the Sweet Science. What a shame.