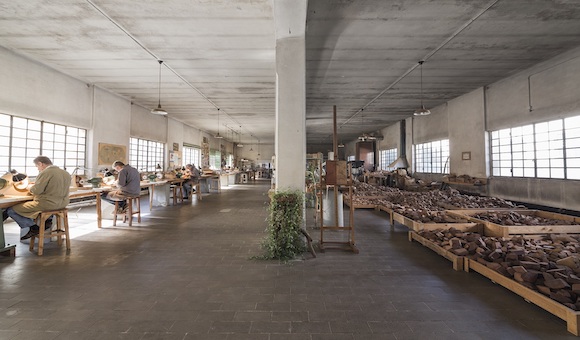 Yesterday Mike from Briar Blues did a box opening that he got from Cantù, Italy. A package full of brand new Castello pipes and a few other items. Mike begins the video talking about the Insider’s Club. If you don’t know what that entails, as an Insider you get email notifications when new products arrive, this comes in very handy when talking about limited series pipes, like the Asikyan’s and things like that. Pipes that go up on the site are available to only Insiders for the first 48 hours, so you can see where that is a big advantage just considering that. Plus you get a discounted price. When you consider all those things, it’s almost foolish not to sign up.

OK, so what did he get in yesterday? Copies of the Castello book Le Pipe, Mie Figlie written by Franco Coppo. It means “The Pipes, My Daughters”. It’s all about the workshop that produces Castello Pipes. The love and passion that goes into every single pipe. It includes stories and anecdotes from the Cappo family. If you’re even a casual collector, this book belongs on your shelf. It is in English as well as Italian.

What else did he get in? Well am I allowed to say? The Insider’s email hasn’t gone out yet. But he did make a video so I guess it’s fair game.

That last pipe on the list is amazing. Not that they are all great. I hopped over to Smokingpipes to see if they had any available. I wanted to see the price so that when it goes up on Briar Blues I will have braced myself. Nothing will turn you off from a pipe faster than sticker shock. If you know what to expect beforehand it makes it much easier.

Smokingpipes doesn’t even have one. That was a big surprise. I’m also surprised Castello went with the Old Antiquari for the Anniversary pipes. Making a run of 75 makes it a little harder. They aren’t going to have Great Lines, which are a tad bit too big for my taste, Although Mike said that one is at least a group 6, so it’s a big pipe.

All those pipe that came in would look great on my desk! But to be totally honest (Castello nuts, please stop reading) I’m not a fan of the shape 55. Not saying I don’t like it, but it would be on the bottom of my list. Don’t like the chin, seems a little sinister to me. OK, it’s not the right thing to say when you are pointing out Castello pipes, but it’s just my own, stupid opinion. I’m totally in the minority, as most Castello collectors drool over those pipes. I’m just saying for me.

Now I’m in trouble from all the Castello lovers.