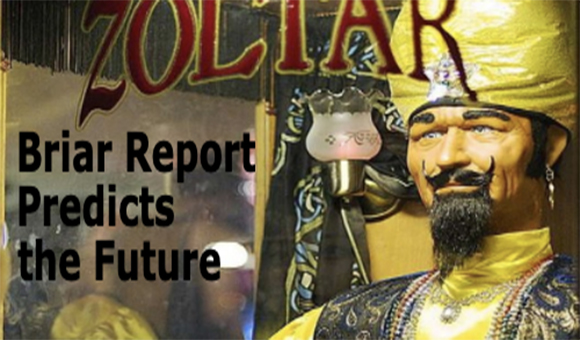 As has been our custom, we have gotten together and made some predictions for the upcoming year. Before doing so I’ve reviewed out last round of predictions and made a couple of discoveries.

The first is our track record is shambolic. We try to go a little “outside the box” on our predictions hoping that if we got some right we might be seen as prophetic. That plan seems to have backfired and we are just seen as pathetic.

The second is these predictions do not age well. When I look back I don’t even know what we were talking about. It’s not like we are predicting that Elvis actually dies or something. A prediction people would easily understand two years later. I suppose we need to work on that, but it’s too late now. The predictions are in and we’re going with them.

Well, there you have it. I have a good feeling that many of these will turn out to be true and our reputation as the premier supernatural psychic will be established.

Only time will tell.