The one thing I like about pipe tobacco is how pipe smokers talk about it. Cigar guys like to give cigars a numbers rating. If I say it’s all hogwash they would throw me out of the club. There is a little method to their madness and I actually tend to agree with most of the ratings, maybe not the actual number but how they are rated relative to one another. It is very similar to how wine is rated. Actually, it’s exactly the same as how wine is rated.

If I were allowed to rate cigars they would toss me out on my ear within the first week. Screw all those tasting notes. Scruffy guys pretend they are teasing out the tastes imparted from the soils near the Cibao River Valley. Give me a break. it’s possible they are right, but I don’t care. I know which stogies I like and don’t mind if they are a 70 or a 94. In fact, I’d prefer a 70 so they would be nice and cheap, fly under the radar.

You can’t get rid of the system now, too many people are invested in it. What would happen to the guy who gives the cigar it’s number? What about the cigar company that waves around it’s 90+ rating like they just won the playoffs? Those numbers are big money. Nope, it’s here forever, like it or not.

Now Pipe Tobacco on the other hand, that’s a whole different animal. There is so much more variety, not in the number (there are far more different cigars) but in the taste profiles. It goes from harsh plugs that make your knees weak to soppy sweet glop. Ain’t a one of them have a number assigned to it. You’re never going to get people to all agree anyway so why bother? People know what’s good and what isn’t, and even those blends that are liked by only a few are still liked by those few. Good for them. I think in this instance Pipe Smokers got it right.

Even when people do reviews on pipe tobacco they generally use a 1 – 5 rating system. Muttonchop uses emojis, what’s that all about? I had to look up that word, I hear him use it all the time. But my point stands, he’s not giving something an 89 because the cut wasn’t consistent in the tin.

I suppose if someone like the Matches guy or Muttonchops said something was great or even Phil from Briar Report, that might mean some boost in sales for a tobacco blender. But all it’s going to do is to get people to possibly try it, they are going to decide for themselves what they like, and they won’t be shy about it I assure you. Pipe smokers don’t go by numbers they go by whether it’s good or not. More interested in what it tastes like or if it’s stinky.

I’m not picking on cigar smokers. They take the ratings seriously and I think the people doing the ratings do a good job. But the point is I like the way people talk about pipe tobacco better. It’s sort of broken down into camps. If you like a certain family of blends you just have to listen to what other people who like those blends have to say. It means so much more than a number. 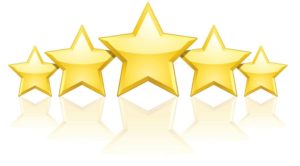