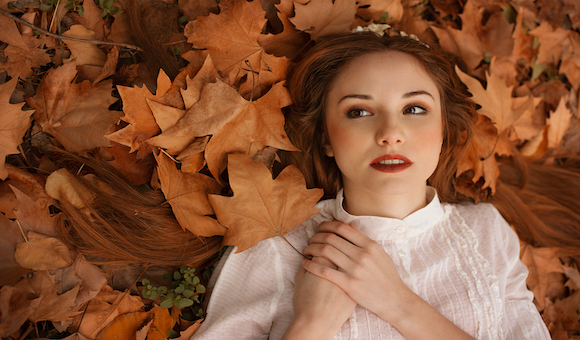 Getting down into the 40s overnight and Autumn has begun. I love it. Yesterday was the first day of Fall and you know what that means, I can now smoke C & D’s Autumn Evening. When I checked last week, I only had a mason jar full of the blend, not enough to get me to the end. So I got another 8 oz. and it came in yesterday, just in time.

Not usually an aromatic smoker, but there are a couple blends I make an exception for. One of the things I’ve noticed is when you rarely smoke aromatic tobacco, that when you do it seems extra goopy. I know it’s not, but it seems that way to me. Of course I had to tear into it, but lucky for me, this year I had gotten some of the Phoenix Pipes from The Pipe Nook. As it turns out, those filtered pipes take away any chance of tongue bite and I was able to chooch away.

The only Autumn video I’ve seen, so far, was from Tony513. During his late night smoke he opted for Haunted Bookshop. Another good Fall blend.

There are a few give-aways going on. Of course, Hiking Pipes has his 500 subscriber event going on. Looking forward to seeing who wins the Asikyan pipe. I can’t remember the deadline, but it’s been going on for a couple weeks already so if you want to get in on it you should probably do something now.

kaptain kirk32 also happens to be hosting a 500 subscriber give away. He is combining the give away with raising some money for Sullivan’s Toy Run which is very nice. Details are in his video. That one is going until Oct. 1st, so you still have a week.

Also on Oct. 1st is the first ever Capitaland Pipe Show in Albany, NY. Here is a link for more information if you’re interested.

Chesterton Cigar Cigar Co. will be having it’s Grand Opening on October 7th. The renovations are coming along great and you can see photos of it on their Instagram page. I’m hoping to have a lot more info on that in the future.

Then, of course, Vegas! What can I say about that? October 21st to the 23rd. Going to be the event of the year.

In my order along with the Autumn Evening was the Charatan blends I mentioned during the week. My intention was to do a comparison with the Peterson versions. I need to be careful because I don’t think the standard should be how close they are to the original. Peterson on the other hand should be held to that standard since they are saying that they are producing the actual Dunhill blends.

But Charatan doesn’t make that claim. I’m hoping they will be different, but I won’t know unless I try them for myself. Starting with the Rolls, obviously. If any of you are giving them a try, I’d love to hear from you and get your thoughts

If you’re reading this early enough on Saturday, you will be able to catch Lady Fire’s cooking show before the Game Day Live show goes on. Here is a link to this week’s episode. Finally, something that doesn’t look like it will kill me. Sandwichitos de Mezcla: Red Pimiento Spread Sandwich, Mmmmmmmm. Actually, maybe they aren’t so good for me after all. Oh, who cares?

If you want to get some really great recipes, search way back on Flat Cap Piper’s channel and look for the Salmon recipe and the Pumpkin Chili. I still make those, and the chili is a great Fall thing.

Speaking of Flat Cap, he’s been testing out the group Zoom all week and I think he has the bugs worked out. This week is going to have some live guests. This is exactly the type of show that is perfect for this technology. Some of these guys really know their stuff, so it should be a great time.

I think they only talk about College Football. Has Pro Football even started yet? I’m not sure.

Lady Fire comes on at 11 am Eastern, directly followed by Game Day Live. Hope to see you all there.