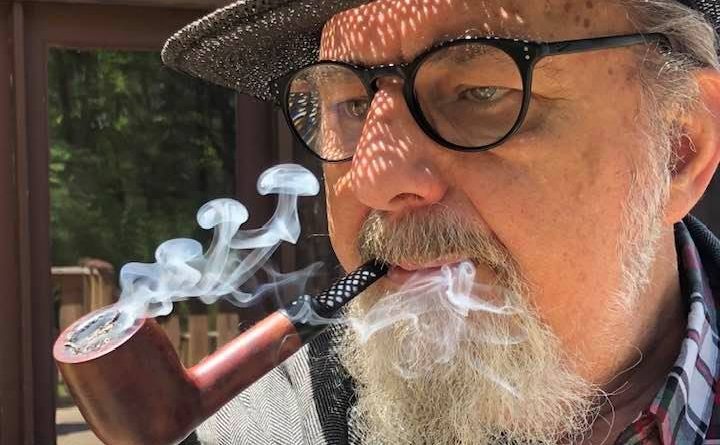 Paul The Piper looks sharp with his new look. He showed it off on his quick live show yesterday.

Got a couple of good ideas for the magazine website. One was to allow people to submit their own events. This is definitely something I can make happen. This would be great for people who don’t have scheduled times, but want to go on periodically. It would take me out of the mix. They would be able to post to the calendar on their own.

I don’t mind giving established channels or known people accounts, but nothing is free. I’d have to modify the site and pay a yearly fee. I’d do it, but not if only two people end up using it. Before I dig into any further, I’d like to get some feedback first. If this is something you might be interested in, let me know. Even if you might not personally use it, do you think it’s a good idea?

The second idea was to have a current listing of sales that retailers have going on. I like this idea but I’m not sure how to make it happen. Would I have to approach every single retailer and pester them to keep it updated? Is there a way the computer can do it for me automatically? If anyone is somewhat computer literate, maybe you can give me some advice.

Wonder if I can incorporate the two things. Put the sales on the calendar as well. What I might try doing is to take a sale and put it in as an event and see what happens. Might look good. Then again, it might look like crap

OK, I just got back from putting up a sale. Chose the Orlik Golden Sliced that is 44% off at Pipes & Cigars. You can see what it looks like on the calendar itself. Not sure if I like it. It is convenient, and puts it in a nice context so you can see how long you have. If you clicked through you would have to have clicked a few times to get to the sale. That’s just because you’re on the Blob. If you were just checking the calendar, it would have been two clicks to get on the sale page.

What if there were five things up there? Would it look like a mess? Would it distract too much from the other events? People might think it’s a commercial and get turned off.

I also don’t want to get into a position where anything conflicts with paid advertisers. Want to provide useful things for the readers, but if they start clicking on what amounts to free ads instead of advertisers! May as well shoot myself in the foot.

The idea is pretty good but it will have to be thought out a lot more. Too bad none of the companies have an affiliate program or it might provide enough income to pay for itself.

Mr. Thomas Bilbrey has passed away. A fellow pipe smoker and wonderful man. I wanted to put it on the news website, but the only thing I could find was his obituary. Sometimes I link to those, but in this case it doesn’t really say much about him. It’s too bad because there would have been a lot to say.

He was a lawyer in Lafayette, TN. An assistant Public Defender. He then became a Pastor at the at Whitleyville Church of Christ. And of course, he was a pipe smoker at heart. He was active on Facebook where he was friends with a lot of other people in the pipe community.

Wish I had gotten to know him. Rest in Peace, Sir.